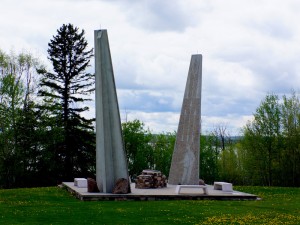 The Pigeon Lake mission was established during an increasingly tense situation when periodic food shortages in the region became more serious. Robert Rundle sought an alternative supply of food for the people in the area and longed to find a suitable place to encourage agriculture. He tested soils as he traveled, and recruited the interest of others. He reported: Rode to Battle River, thinking it a most desirable spot for a Mission Station & I still think so, but the country here is in too unsettled a state to permit of anything of the kind being established.

Rundle encouraged people to plant gardens in the Battle Lake region as early as 1845 and at the mission site on Pigeon Lake in 1847. These gardens offered an extra source of food. June 12, 1848, Monday, Pigeon Lake: I put beans in ground & Susette [Witaskimakan] helped me … Ben [Sinclair] made the table & enlarged fencing of garden … In later years the Rev. Thomas Woolsey planted wheat, barley, oats, turnips, cabbage and potatoes. Some of his crops produced well, but Woolsey did not stay long in the region and left in 1858. John McDougall reports on the hay crops grown at the mission and carried, on horseback, the first plow to the site. In 1965 the Historic Sites and Monuments Board of Canada recognized Rundle’s Mission for its role in the introduction of agriculture to the area.