Robert Rundle had asked James Evans, superintendent of missions in Norway House, to send Benjamin Sinclair to help with the new mission. Benjamin Sinclair, his wife Margaret and infant son Ephraim traveled with the Hudson Bay boats to Edmonton and arrived at Pigeon Lake in the fall of 1847. Unfortunately Rundle injured his arm two months prior to Sinclair’s arrival. This injury prevented him from helping much in the actual building process. Therefore only the Sinclair family occupied the mission site in the winter of 1847-48. 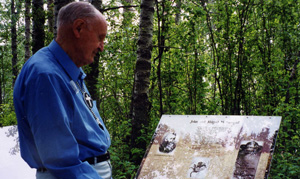 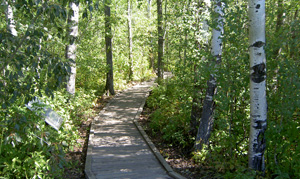 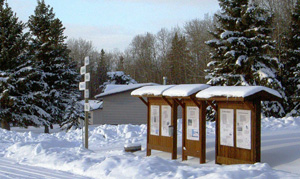 Since Rundle’s arm was not healing properly he left the region in June of 1848 and despite intentions to return never was able to. Benjamin Sinclair, with the assistance of other First Nation Christian leaders, was left in charge of the mission until the return of a missionary. While his work was dedicated the Methodist Christians in the area sorely missed the presence of a trained missionary. Sinclair himself expected a missionary to come and assist him. When this was not forthcoming he went to back to his home community of Norway House, in present day Manitoba. Pigeon Lake was abandoned from 1851 until the Methodist missionary Thomas Woolsey entered the region in 1855.

Through the course of its existence every Methodist missionary who served the Saskatchewan District served some time at the Pigeon Lake Mission:Robert Rundle, Thomas Woolsey, George and John McDougall, Peter Campbell, Henry Steinhauer, and John Nelson. Their stories are told along the self-guiding interpretive trail through the historic site.