Raised in Southern Alberta, (Nanton), I come from a large family. My professional career involves Trucking and Transportation, Safety and Oil Field backgrounds. My wife Chris and I met in 1978 and were married in 1981. Together we have raised 2 sons and 1 daughter. We live in the Edmonton area and enjoy the outdoors, fishing and travel.

In March 2008 I was awarded a prestigious life membership in the Kinsmen and Kinette Association, the highest honor given to select members.

I continue informal involvement in the KIN association and continue to include volunteerism in my life and career goals.

Rundles Mission interests me with its rich historical and cultural backgrounds. In this day and age of social media and worldwide internet information availability, people search for connections to the past and unique venues to experience. I believe with my experience, expertise and contacts, I will be able to assist Rundles Mission in further developing and growing as a society. 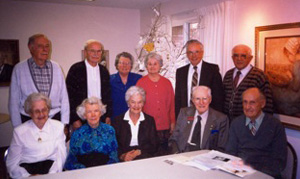 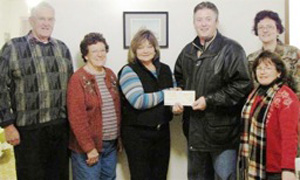 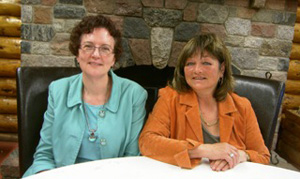 Kathy Gregg is a fourth generation resident of Pigeon Lake. Her great-grandfather, Forest Quick and his family lived in a house where the present day Telfordville Church is located. Kathy is employed by Canada Post and works as a rural mail courier. Her past employment included bank employee, self-employed florist, bookkeeper, office manager for a medical office, landscaper, caterer, rental property manager and farming. Kathy has volunteered with various school committees and Camp Maskepetoon through the years and has been a member of the Agricultural Society. She organized two trade shows for the horticultural long weekend. Kathy has served on the Board since 2005 and has been involved in several programs conducted at Rundles Mission.

Averill and Janine Ross lived in Beaumont and the Beaumont area for 31 years and have owned their Pigeon Lake property since 1992; in 2020 they built a new home and retired at Mitchell Beach.

Averill grew up on a farm near Thorsby; his family roots in this area go back to 1921 when his grandparents emigrated from Washington State. His grandfather arrived on his own to purchase land and set up a homestead. Averill’s grandmother came the following year by covered wagon with 3 daughters, horses and livestock. The youngest daughter was just 3 years old. Their final leg of the journey was from southern BC to Leduc via rail; then again by covered wagon to the Thorsby farm where the family was reunited. That covered wagon has been restored and resides at Leduc Antique West Society. Other artifacts from the family have been donated to Fort Edmonton. Averill’s family has enjoyed many gatherings at Pigeon Lake and at Rundles Mission.

Averill spent thirty years in industrial sales to agriculture and oilfield; fifteen years as company owner. In 2016 he sold the company and retired. Janine is from Edmonton and was employed with Alberta Environment for over 40 years as an air quality specialist. She worked in monitoring, reporting and evaluation of ambient air quality and worked on the development of the air quality index, the data quality standard and the air data warehouse. She ended her career consulting with AEMERA.

Averill and Janine are avid outdoor enthusiasts, and enjoy the cross-country ski trails, the abundant wildlife, and fishing and boating in Pigeon Lake. You might spot them walking their dog Arlo on the trails and roads around the lake.

Averill and Janine believe that the historical significance of Rundles Mission to first nations and the surrounding communities needs to be preserved and promoted for the enjoyment of all Albertans.

I became a Board memberof Rundles Mission in the spring of 2016 and am enjoyinglearning about the history of Rundles Mission as it truly is a‘meeting place’. I grew up in the Edmonton area but ever since I was ayoung child, our family had a cabin at Argentia Beach and we spent every summer enjoying the Pigeon Lake area. My career has been as an elementary school teacher, and I taught in Edmonton, Calgary and then in Thorsby. In 1980 we felt fortunate to have the opportunity to move to the lake permanently, and I have resided at Johnsonia Beach since 1980, and have raised my family there. I taught elementary school in Thorsby for 33 years, retiring June 2014. I have been active in community life in the Thorsby and Sandholm area. I currently workpart-time at the Thorsby Municipal Library.

My name is Barbie Stratychuk. I grew up in Leduc and have a BA from the University of Alberta in political science and sociology. I live on Mission Beach with my husband, Daren, and my teenage son, Sawyer. We have been here for 22 years. I have loved living at the lake these many years, and have often enjoyed the trails at the Mission. I’m looking forward to taking a more active role at Rundle’s Mission and in the community.

Ken was elected as a director at the 2011 Annual General Meeting. He is the son of Gerald Hutchinson and spent many hours with his family growing up at Rundle’s Mission. He has been a great resource and enthusiastic supporter of our efforts to improve our services while keeping in mind the historical significance of the site. Ken lives in St. Albert and looks forward to serving another year on the board.

Board of Directors Invitation to Apply